REQUEST A CALL BACK NOW!

What is a Stroke?

A stroke (cerebrovascular accident, CVA, cerebral vascular accident or brain attack) occurs when a part of the brain is damaged or destroyed because it is deprived of blood.

Are there different types of Strokes?

There are 2 main types of strokes: ischaemic stroke and haemorrhagic stroke.

Ischaemic stroke is the most common type of stroke and is caused by a blockage of the blood vessels supplying the brain. This may be due to 'hardening' and narrowing of the arteries (atherosclerosis) or by a blood clot blocking a blood vessel

One type of ischaemic stroke is a thrombotic stroke. This is caused by a blood clot (thrombus) in one of the arteries of the head or neck, which severely reduces the blood flow. The thrombus may be a result of a build-up of fatty deposits (plaques) in the blood vessels.

Another type of ischaemic stroke is an embolic stroke (or cerebral embolism), caused when a blood clot that forms elsewhere in the body (for example, the chambers of the heart) travels through the circulatory system to the brain. The travelling clot is called an embolus.

The most severe type of stroke is a haemorrhagic stroke. It occurs when a blood vessel in the brain bursts, allowing blood to leak and cause damage to an area of the brain. There are 2 types: subarachnoid haemorrhage, which occurs in the space around the brain; and an intracerebral haemorrhage, the more common type, which involves bleeding within the brain tissue itself. 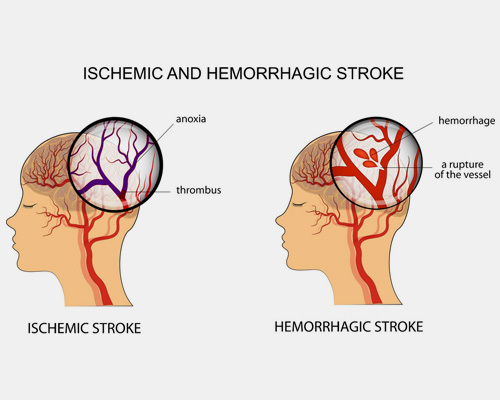 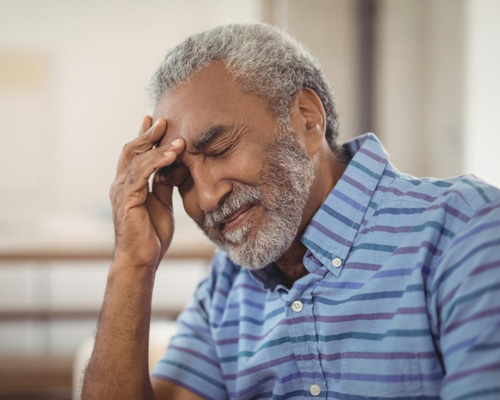 What are the symptoms of a stroke?

The symptoms of a stroke usually appear suddenly. Initially the person may feel sick, and look pale and very unwell. They may complain of a sudden headache. They may have sudden numbness in their face or limbs, particularly down one side of their body. They may appear confused and have trouble talking or understanding what is being said to them. They may have vision problems, and trouble walking or keeping their balance. Sometimes a seizure (fit) or loss of consciousness occurs.

Depending on what function the damaged part of the brain had, a person may lose one or more of the following functions: